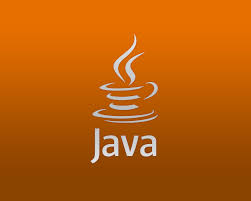 This guide is aimed at helping newcomers to the the Raspberry Pi (or Linux in general) get up and running with their fantastic new toy and move on to the fun stuff.

I’m going to assume you have the Model B (although most of this will work for Model A too – with the exception of the VNC setup) and some form of Windows.

* The TV/Monitor, Keyboard and Mouse are semi-optional. If you have the Model B Raspberry Pi we can remote desktop into the Pi from any Windows or Linux pc/laptop connected to the network. We’ll just need the TV keyboard etc to do the initial setup.

Installing Linux on your SD Card

We’ll be using the Debian Raspbian “wheezy” Linux distribution here as it comes with a lot of examples and apps right out the box. Head over to the Raspberry Pi Downloads section to grab it.

You’ll also need Win32 Disk Imager to write the downloaded image. Make sure you click on the right download and not one of the annoying ads made to look like the download (you should always stay on http://www.softpedia.com).

Note: if you need to reuse the SD Card in Windows again you may find it can’t be read or shows a very small capacity. If so you need to re-write the file system. I found the easiest way was to put the card into a digital camera and format from there. You should now be able to read the card in Windows.

Right, now we’re getting somewhere. Make sure the SD card is inserted and the Pi is connected to the TV.

Now connect the power. You should see the Pi kick into life. Don’t worry if you see some errors here, let it finish and you’ll get to a login prompt.

If you are having trouble booting, take a look at the above section on compatible SD cards again.

When you hit the command prompt enter the following to launch the desktop:

Congratulations! You now have a fully working desktop environment on £20 computer!

Before you begin to install any software it’s best to make sure the package index files are up-to-date (essentially just a file pointing to the latest version of compatible software – for example when we install VNC later in the guide). Make sure you have an internet connection and run the following command. It may take a few minutes.

Now’s also a good time to make sure the who Linux distribution is up-to-date. You can do this now, or later (it may take a while). Again make sure you have an internet connection and run:

You can run these commands every now and again to make sure you have the latest software. If you’re asked to confirm anything, just hit ‘y’ on the keyboard.

Installing VNC on the Raspberry Pi for Remote Access

You may find it a bit cumbersome having a keyboard and mouse connected to the Raspberry Pi. What’s the point in having a computer smaller than your TV remote if you need to connect a massive Keyboard?

Installing VNC will allow for remote access via laptop etc while the Pi remains hidden away behind the TV or next to the router.

So we always know where the Pi is let’s give it a static IP address. if you’re not sure what your local network range is open a command prompt from a Windows PC.

We give the Pi the same details excluding the last 3 digits of the IPv4 Address. Let’s make it easy to remember:

Back in the Raspberry Pi goto the command prompt again, don’t start the desktop.

This will bring up the network interface configuration file in the nano text editor. The word sudo simply runs this command with super user privileges.

You can save yourself a lot of time at the Linux command prompt by using Tab to auto complete.

Change this to (your IP details maybe different depending what you got from ipconfig):

Use Ctrl X to exit. Hit Y when prompted to save.

Now restart the network interface to apply changes without a reboot:

Followed by (can you guess?):

Now your Raspberry Pi will always have the same IP address. Try pinging it from the Windows command Prompt:

Installing VNC on the Pi

We’re going to use Tight VNC here (server on the Raspberry Pi and Viewer on Windows).

There’s an excellent tutorial over at Penguin Tutor if you need more information.

First of all install the Tight VNC Server from the command prompt:

Let it finish installing (if you’re asked to confirm anything, just hit ‘y’ on the keyboard). When complete start the server:

You’ll be asked to create a password, enter one and confirm. I used raspberry for ease of use, but probably not the most secure!

When asked to create a view only password, say No.

Every time you start VNC you’ll see something like:

Note the :1. This is the desktop session created. You can add more by running VNC again.

Head over to TightVNC on your windows box and install the viewer.

To connect run the VNC Viewer and enter:

Where the IP address matches the one entered before and :1 matches desktop session.

When prompted enter the Password used when installing VNC Server.

There’s no point in having VNC if you have goto to the Pi, login and start the server manually. So let’s start it on bootup before the login prompt.

Create a new file in the init.d directory:

Give the script executable permission:

We can now start or stop the service manually:

Now just power off the Raspberry Pi. Make sure it’s connected to the network and power back on. You can now connected across the network using the VNC Viewer!

The Raspberry Pi Configuration Tool (aka Raspi-config) is a very useful tool pre-packaged with the Raspbian “wheezy” distro. You’ll probably see it during installation; but you can launching manually for the terminal with the following command:

I’d recommend running the following as soon as possible:

Shutdown your Pi in 1 minute:

Reboot your pi in 1 minute:

Get manual for any command: